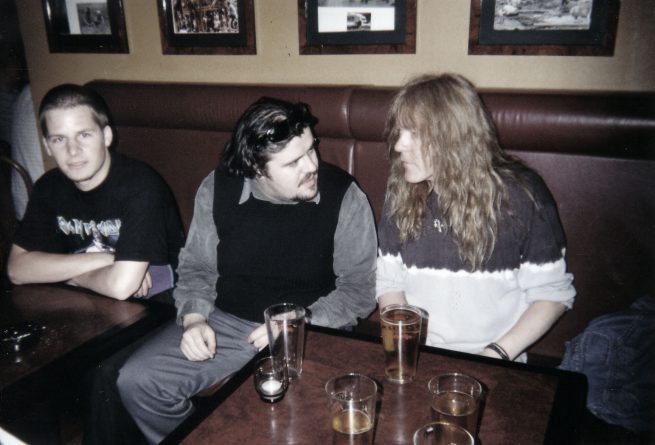 It was 8 years since the last time I was in Spectrum. 1992 was the very first time I witnessed a Maiden show.
I was in Oslo with Ragnar and I don`t remember who else. There is neither no photos from this show, with the exception of one with Janick Gers.

We sat outside Scotsman drinking beer before the concert when someone said that Mr Gers was sitting inside.
Right, I thought. But I had to check.  To my great surprise and terror, he was sitting at a table with a beer and meal.
After he`d finished it, we asked to join him for some minutes which were no problems at all. He was just another guy, friendly and very interested in talking. I got my first photo with a Maiden member and my first autograph

The concert later that night was great too.