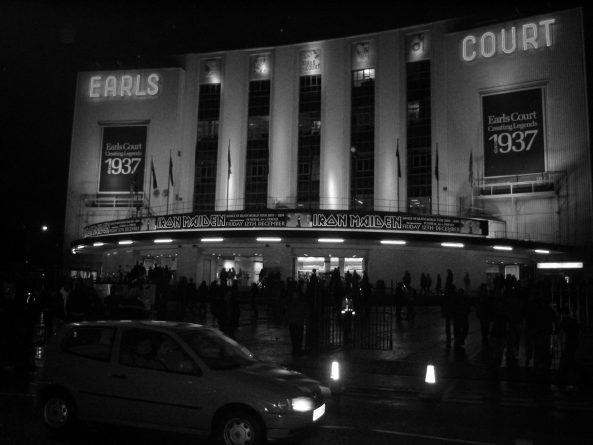 Late summer 2003, Tun and I decided to do a trip to London in december. When the Iron Maiden was revealed, there were no norwegian shows, so we decided to do one in London. Later we also bought tickets to a show in Birmingham.December in London. We were a few days in London prior to the show.

The showday and my first Maiden concert i England. We headed to Earls Court and The Earls Court Tavern. It was supposed to be a meet up here, but we arrived to late. We drank some vodka and Red Bull and got in the mood. Then we went to Earls Court Arena, it was huge. We sensed the great atmonphare in the building and drank beer while Funeral For A Friend played their set. We got our seats, yes seats this time. The concert was great. Highlights were Paschendale, No More Lies og Journeyman

After the gig we went back to the same pub, and now we met several great characters. Met Lord Summerisle for the first time, and some other from the board, Jason.
It was a very late night, and we had trouble getting home to Bayswater. We got a cabby at last..