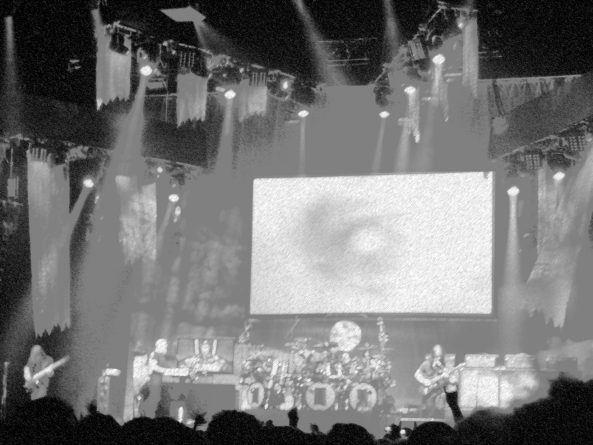 I`ve listened to Dream Theater for about 10 years, but never been to a concert.  I really looked forward to it and never really knew what to expect. Progressive Nation Tour featured 3 other bands to. I saw Opeth which was OK but nothing more.

We had standing tickets and were at the very back.  There we had quite good view to the stage and the 3 big screens. The intro was Psycho and the lighting rigs seemed pretty impressive.
Dream Theater kicked off the set. It was perfect sound right from the start. I think I`ve never experinced that good sound at the start of a show. Even though this was not one of the band`s 3 hour shows, I though it was superp!!
The musicians were extremaly impressive. The last 15 minutes were sheer magic, The Count Of Tuscany is such a great track. People seemed very blown away. I hoped for some tracks like The Mirror and more but it was great anyway.