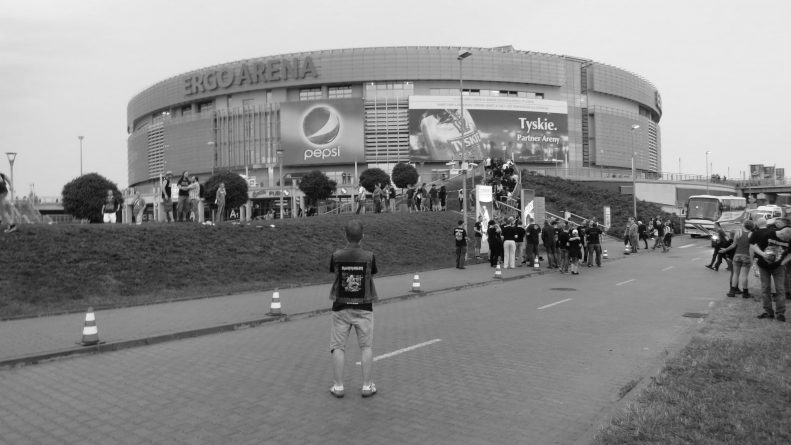 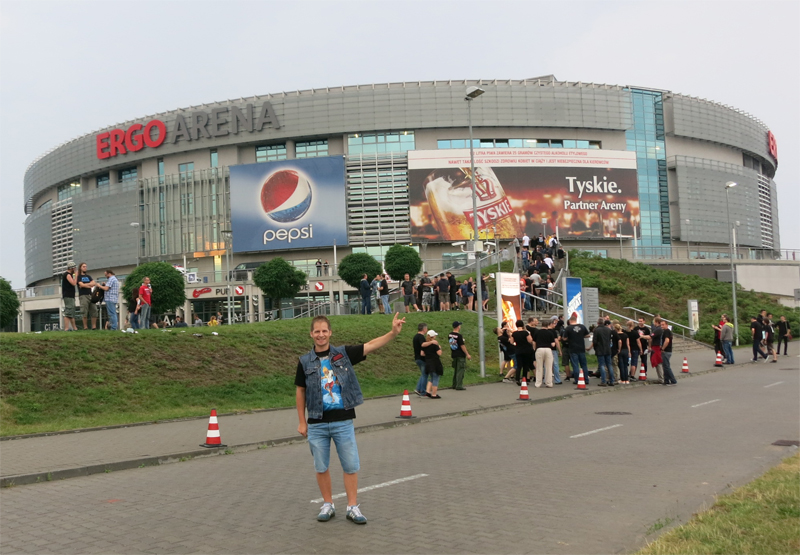 I arrived in Gdansk the day before the show. I met friends from Norway. We did some sightseing and had beers and food all day.

Next day I went to the arena alone about 6 am. I talked to some nice polish people for some time and then we made our way into the golden circle. We were quite late so  I was standing right in front of the sound desk to the right. During the intro tapes the crowd were really up for it I and already at this stage hoped for something special. When the show blasted into Moonchild, the sound were really good from the start where I was standing. Bruce sounded good and I could hear everything loud and clear. The Hamburg show was a bit shaky from the beginning I thought and the sound was not that great. After some songs it came clear that Bruce had one of those nights too. By that I mean “capable of anything vocalwise”. The difficult parts in The Prisoner, SSOASS and Aces High were amazing. The slow parts in ATST also. Listen to Aces High
But the highlight was once again SSOASS. The midsection was like nothing I`ve witnessed in a concert before.  Only Bercy 2008 was as great as this show. If Stockholm gets anywhere close to this I`m satisfied.

More photos from my trip