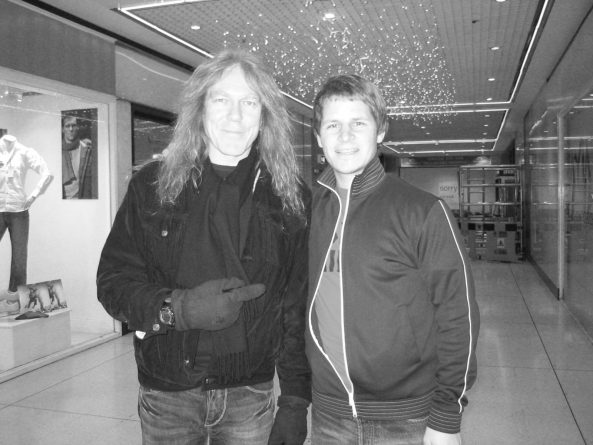 A few days later we travelled by train to Birmingham. In the meanwhile we did see a West Ham match in London. We arrived the same dy as the gig, and didn`t have much time. We had pizza and went to The Bullring Shopping centre.
By coincident we ran into Janick Gers himself. I got a photo, the second with him, and was very glad.
We headed to the arena, NEC. This time we were standing, so two different views on this tour. We were closer to the stage than in the huge Earls Court and the sound was better.  A great concert, but I thought the crowd was a bit too relaxed..

We went straight back to the hotel after the concert since we were very tired and sweaty. Then back to London and to Norway.