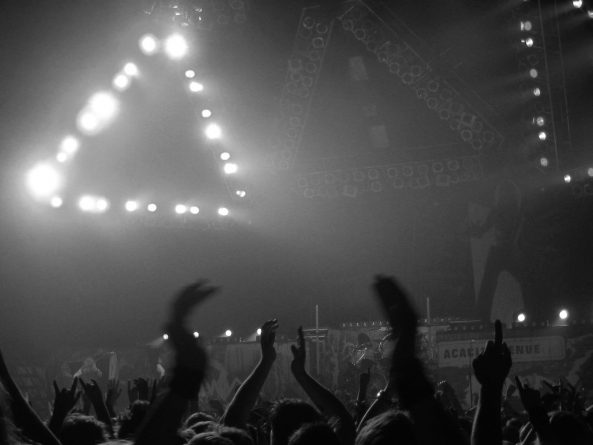 28 and 29 june, 2005, Iron Maiden played to 18000 in Oslo Spectrum. I attended both concerts. The first with Pelsen and a few others. The second with my brother, Pål and Pels and a few more.

It was some great days for concerts, the sun was shining and it was very hot. I travelled from Brumunddal to Oslo by train ( and bus…) and then by taxi to warm up at Pelses place. We headed down to the city center later just outside Spectrum and continued. Pelse drank to much and I lost him.
The concert was great. It received 5/6 in both VG and Dagbladet.Photos from the first night here

After the concert I still couldn`t find Pels, but I still went to his flat in Bjerke, were I was supposed to stay. I waited a long while, but he did not show up. So I began to phone to see if I could stay at some other friends place. Steiner answered and I went there by Taxi.